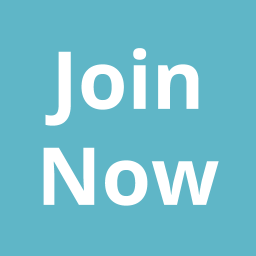 Chamber letter to MDC planning board on Saxonvale

Below is a copy of a letter recently sent to Mendip District Council’s planning board about the Saxonvale application.

Dear Members of the Planning Board,

Why has Frome Chamber complained to the Information Commissioner about Mendip District Council about Saxonvale?

The Chamber wants to see Saxonvale developed. We support a mixed-use development. We have been grateful to be included in the Stakeholders’ Group and to have had the opportunity to comment on the developing plans.

However, the Chamber does not think that MDC should be immune from the planning obligations that MDC should and does impose on others. We also think that MDC’s approach is opaque and undemocratic. We had hoped that under the new administration we would see more openness and better decision-making processes.

Before MDC asks MDC to decide on the outline planning application which will fix both the housing and employment land provision for the Saxonvale site, MDC should justify that mix by publishing the viability assessments which establish that MDC has good grounds for:-

The Local Plan recognises the imbalance between housing and employment land in Frome. We are in danger of becoming a dormitory town from which people drive elsewhere to work.

We have the ridiculous situation of businesses who want to move to Frome but cannot find premises, and businesses which want to expand but cannot do so because there are no premises for them. We expect that post-coronavirus that will increase as more people want to move out of cities – that is already happening.

The Local Plan requires 750 new jobs in the town centre. Saxonvale is employment land. It is the only substantial site upon which those jobs can be delivered. That has long been recognised by MDC’s planning committee in numerous decisions in which it has given consent to the conversion of employment land in Frome for housing, on the explicit basis these employment needs will be met by Saxonvale. The current outline planning application will not do that.

The Chamber has always opposed the conversion of employment land to housing within the town centre, unless there has been a very clear and compelling justification for it. MDC has a Supplementary Planning Policy on that. We have expected applicants to prove that, and we have expected MDC’s planning committee to investigate that justification.

Similarly, where any planning application for significant housing has not provided affordable housing meeting MDC’s policy, the Chamber has supported MDC’s planning committee requiring that to be justified by a viability assessment, which is made public and subject to examination and tested.

The Outline Application being made by Acorn arises from legal agreements between MDC and Acorn. The Chamber would be extremely surprised if MDC do not have the right to final approval of such applications. On 4th December 2018 we were told by MDC that “The Council will be undertaking their own commercial viability study to inform aspirations in relation to the extent of the commercial space. The Council must sign off the final masterplan (as the landowner)”.

Therefore, the Chamber has asked for the viability assessments which justify the non-compliant application. We first made this request to your Deputy Chief Executive Donna Nolan in September 2019. Despite reminders we didn’t get any response so we made requests under FOI/EIR. The responses to our request under FOI/EIR which have been: –

We asked for disclosure because, as we said in September 2019, it is the right thing for MDC to do for three reasons :-

We are writing to you in the hope that MDC will see sense and will do the right thing, and that if as landowner it does not, you as members of the Planning Board will refuse to determine the application until it does.

Yours faithfully
Neil Howlett
Frome and District Chamber of Commerce